I’ve been in Yakima for more than a month, but I’m still thinking about Kauai.

KKCR reached out to me a couple of weeks ago to ask if I wanted to share my story on my recent departure from the garden isle and the Garden Island.

At first, I thought about it. A month later, it’s old news.

Kauai County has granted another reporter access to information. And the Garden Island has shut its eyes and pretends it’s not an issue.

Recently, TGI has had some success with features and KPD. They’ve written some great articles on KPD and such. A k-9 Unit article came out awhile back. I give Jenna the credit, though.

But government cannot decide which reporters get to cover them. It threatens the freedom of the press.

By saying, you reporter One, are barred from attending police events, but you reporter Two are allowed, government is essentially interfering with the public’s right to know and that’s dangerous.

This type of banning and barring from events reminds me of someone who is famous for kicking the media out of his events: Donald Trump.

The problem doesn’t lie simply with the county. It’s also the fault of the Hawaii media, who doesn’t apply pressure on it. They don’t request accountability. And the government knows it can get away with it.

Thinking about this reminds me why I left that paper in the first place. I was vocal about speaking out against the county when they were not being transparent.

But others there didn’t feel the same way and that’s really what kills a journalist’s spirit. My hunger to inform the community about local news and injustices — and not just events happening around town– never died.

Kauai was beautiful. The community was tight-knit, close and bonded. I loved it there. I miss it even.

Since I moved away from Texas that’s all I’ve really been looking for.

But Kauai was tight-knit in a different way, too.

When I came to Kauai in September 2015, a murder shook the island.

Coming from a large city, I covered the crime how I thought my Chronicle editors – how any reporter/editor – would want me to cover it by splashing the most interesting details all over the article.

It was reported using police officers’ own probable cause affidavits and information gathered from witnesses.

I was then called into questioning by KPD detectives who told me I was hindering their investigation by reporting about the murder. I shouldn’t be using their police reports, they told me.

When the case made it to the courtroom, I reported it almost word for word. The stories picked up a lot of steam heading into October.

I became close to the families of the deceased calling them almost every other week. New twists would come up in the case and I would have to decide whether I would want to include that into the next story or whether it was even relevant to add.

In November, our managing editor left for Kona and our buffer was gone. The reporters were left with no direction on where to take story ideas.

It was a little bit before that time when I met with the KPD chief of police and he talked to me about transparency within the department and how he had solely taken it from zero to 60 in less than a decade.

He also told me about a man named Mark Begley, whom I didn’t know at the time, and how that man “with brain damage” was living off disability from the county. I guess it was Chief’s way of showing me he had nothing to hide. (Funny side note: Someone within the county told me they heard a rumor that me and Mark Begley were dating… what?!)

Anyway, Chief really wanted me to understand that he grew up poor and that some days he ate only hotdogs he cooked using the electrical outlets. He was surprised – and probably a bit disappointed – to learn that I too was raised on the wrong side of the tracks.

There were days I didn’t have electricity or running hot water. We ate beans and tortillas for every meal. And I have a huge family. Sharing was always the option.

That being said, I liked Chief. For awhile.

But the relationship with the police department stagnated. Access to officers was out of the question.

A gag order was activated after I ran into some traffic officers who were walking out of the courthouse and headed toward the adjacent police station. I asked them about an upcoming court case involving an officer who was said to have ran over a civilian, killing him.

Specifically, I asked them whether they felt the prosecutor should be handling the case against KPD. I also made it clear they didn’t have to answer the question. I was heading toward the police station as well to check some records.

One officer spoke candidly. Two other officers walked ahead.

The officer who spoke candidly told me he felt it wasn’t right and that several police officers were upset that this young cop was even be charged with a crime. He was responding to a call for help. He didn’t know where he was going, the officer said.

He asked me if I could give him information on the case, which I did and he thanked me for considering a different angle to the story.

Later, I went to the public information officer and spoke to Sarah Blane about the officer’s concerns. She was hostile at first because I had talked to officers without her permission. Then she said that if I wanted to get more information about those opposing the prosecutor’s actions and the case, I should contact Lisa Arin and those officers supporting her.

Shortly thereafter, the gag order was activated and Blane and her higher ups made it to where officers were not allowed to even look in my direction. A department wide memo went out. I know this because officers told me.

Some still spoke to me after the memo, but I made sure to keep them and the info they gave me out of the paper. I had a lot of good friends in that department and the last thing I wanted to do was to get them in trouble.

Tensions heightened for me and the department. I tried to ease them by asking them to work with me on less sensitive stories suggesting features on the department’s K-9 unit and the dispatch center. I also requested a ride along and Day in The Life interview with a detective, someone who would walk me through what it’s like to walk in the shoes of KPD detective.

Mostly paperwork, I was told, but that didn’t deter me.

I met Mike Nii, a communications officer, who hated that role. He hated that role so much, he was later promoted to Sergeant and became a detective in vice. I met Nii early, probably before I met Chief. He gave me a tour of the police department. I thought he was a nice guy. That was until about two months ago when I was out drinking with vice officers.

Regardless, almost every feature I asked KPD about did not get approved.

Not until KPAL. That was different because I was dealing with Mark Ozaki, a good cop who knew how to do public relations.

KPD put a new young officer named Mitch Collier to lead KPAL after Mark Ozaki headed Arin’s campaign for prosecutor. Of course, Ozaki was still KPAL.KPAL was funded and had room for a dedicated officer.

Collier’s feature was fun. I got access to the officers, Ozaki and Collier, to the gym where the kids worked out and to the kids themselves. It was a good time. It was one of the only times I felt that KPD gave me access.

The other time was for the KPAL boxing tournament, another great feature. Again, I got access to the officers and the kids. But I think it’s more because Ozaki, and not KPD, understood public relations.

The county, KPD and Blane held strong grudges. Eventually Blane barred me from police events. They said another reporter would be allowed, but not me. That happened after an article was published about a blood draw officers conducted after a judge denied a warrant.

When I brought it to police’s attention, I essentially got no response. The police commission said they’d look into it. They put it on their agenda to discuss during the executive session.

The attorney general prosecutors were more interested in who leaked the police report to me. The week before I left Kauai, I got a call from Maui asking as much.

A couple of weeks before that, I find out the judge who denied the warrant had apologized to Kauai prosecutors for “confusing” the police for denying the warrant and starting this whole chain of events.

Things are much more transparent across the sea, to say the least.

I am looking at probable cause affidavits daily and reviewing police reports all the time. Public records requests don’t get ignored and editors actually have my back and encourage me to pursue great stories.

I tried to change some things while I was in Kauai, but people who were supposed to be helping me, undermined me and threatened me. I was emotionally abused, I was talked down to and I was treated with so much disrespect during my time in Kauai.

A month after being away from that place, I feel safe and reinvigorated. 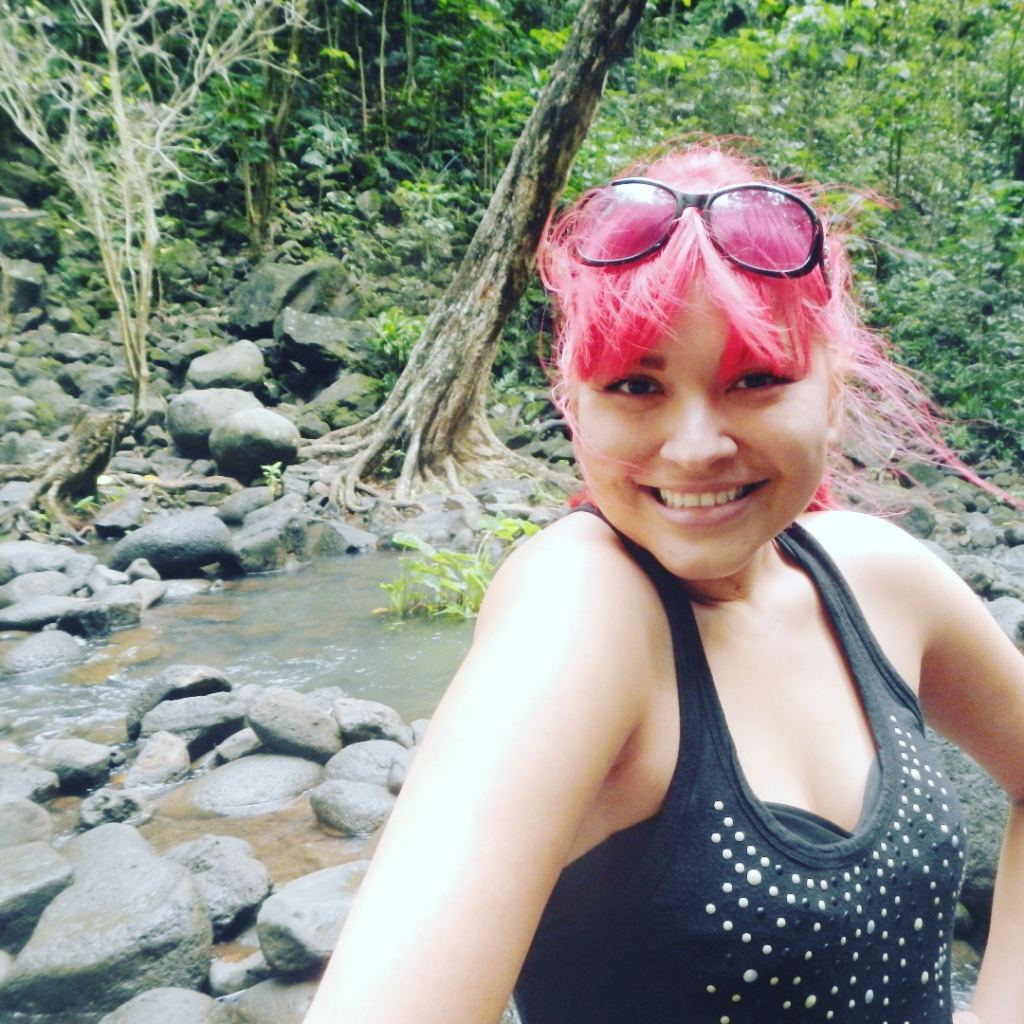 Michelle Iracheta is an award-winning journalist who recently moved to Washington state from Hawaii. She lives in Yakima and writes for the Yakima Herald-Republic....