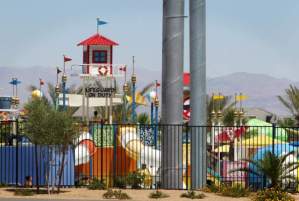 Just days after a 5-year-old boy nearly drowned at Cowabunga Bay in May, the Southern Nevada Health District cited the Henderson water park for failing to meet safety requirements, including not having enough lifeguards on duty.

Documents obtained by the Las Vegas Review-Journal show the health district received a complaint regarding Cowabunga Bay’s lifeguard coverage the day after the May 27 near-drowning.

On May 28, the district investigated the complaint and found multiple safety violations.

But regulatory problems didn’t stop in May. The health district returned June 9 for a regularly scheduled annual inspection, finding only eight of the required 17 lifeguards working.