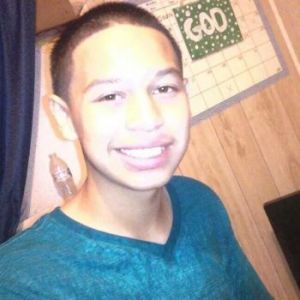 Tearful friends and family packed a church Sunday morning to celebrate the life of a 14-year-old north Houston boy whose body was found near a reservoir last week.

Jose Meraz was discovered Sept. 15 in the woods near Addicks Reservoir, more than 20 miles from his Aldine school. The 8th-grader’s body suffered “multiple sharp force and blunt force injuries” that police told relatives were inflicted by a bladed weapon that was most likely a machete.

It was devastating, as the boy had been trying to turn his life around, friends said.

“He wanted to change the world. He wanted to preach to people. He wanted to share his love for God,” said 22-year-old Ana Uriarte, youth leader at the Restaurando Los Muros Church, where Meraz belonged and the service was held. “He impacted a lot of people.”