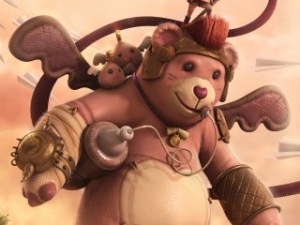 The poster and mascot for this year’s Trojan Horse was a Unicorn festival have been revealed. The winners of the THU Golden Ticket CG challenge were also announced.

The skilled artists over at Techno Image created the 3D image, which 3D Artist José Alves da Silva said is representative of the festival’s theme.

“Techno Image did a great job to create a striking image for this year’s edition,” He said. “It represents the brave warrior (festival attendee) with a stylus as a spear, ready for the battle ahead—the battle of getting better at his art.”

Da Silva was a member of the judging panel for the THU Golden Ticket challenge and he, along with his fellow judges, selected the top five outstanding images for the competition. The winning image belonged to Max Kostenko.